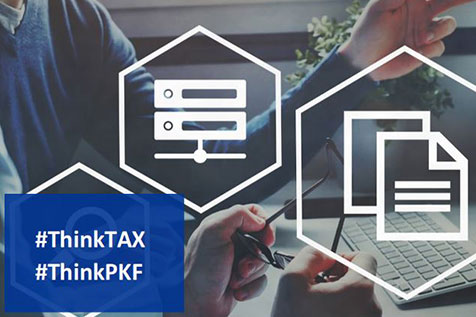 The general deduction formula contained in sections 11(a) and 23(g) of the Income Tax Act, 1962 (“the ITA”) allows for the deduction of expenditure and losses from the income of a person if they have been incurred in the production of income. More specifically to this article, management fees are amounts payable by persons in respect of management or similar services rendered and may be deducted as expenditure should it meet the general deduction requirements.

The appeal concerned an additional income tax assessment issued by SARS, acting as the respondent, in respect of the 2014 tax period. The appellant, deemed “Taxpayer Z”, is a close corporation concentrating on the construction of low-cost housing and the necessary accompanying infrastructure at the construction sites.

In order to execute this construction, Taxpayer Z needed construction vehicles, machinery and labourers with the latter requiring the use of bakkies and cars to transport labourers in addition to other management personnel. Two associated entities were responsible for the ownership of the motor vehicles and the maintenance and repair of same. All three entities agreed that Taxpayer Z would be invoiced for these services as “management fees”.

In Taxpayer Z’s initial tax return, these management fees were claimed twice under different headings which seemingly posed a double deduction. Following this submission, SARS requested additional documents in 2015 and by 2016, no documentation had been received. Eventually, the only two documents received were the invoices from the two entities for the services rendered, with no details being provided as to why there were incorrect descriptions.

It was conceded by Taxpayer Z that these invoices did not enable SARS to properly establish the nature of the services rendered. While the invoices were initially presented as “arms-length” transactions, SARS realised that they were in fact connected parties and concluded that the information provided was conflicting and insufficient.

Due to this, SARS considered Taxpayer Z’s actions to be grossly negligent and/or reckless, especially considering Taxpayer Z had acted in the same manner on previous audits conducted by SARS.

The court held that throughout the appeal Taxpayer Z failed to assist in establishing the true state of its affairs and could not properly explain what was actually done with the amounts claimed as deductions. Held further that this was reckless as “eventually every person who is the controlling mind of a large entity will want to know what the accounting records are demonstrating”.

Further, the court found that Taxpayer Z's conduct as it related to the deductions under consideration was “arguably designed to evade the taxes payable”.

Notable takeaway from the judgment

The onus of proving the deductibility of expenditure rests on the taxpayer. Taxpayers should therefore ensure that responses to queries by SARS are comprehensive and requested documentation is provided to SARS timeously in order to justify the deduction claimed and to avoid the hefty understatement penalties which may be imposed should the deductions be disallowed by SARS.

No information provided herein may in any way be construed as legal and/or tax advice. Professional advice should be sought with reference to specific background facts before any action is taken based on the information contained herein. We hereby disclaim any responsibility should any person act upon the contents of this publication without due consultation.

PKF South Africa Inc. is a member firm of the PKF International Limited family of legally independent firms and does not accept any responsibility or liability for the actions or inactions of any individual member or correspondent firm or firms.