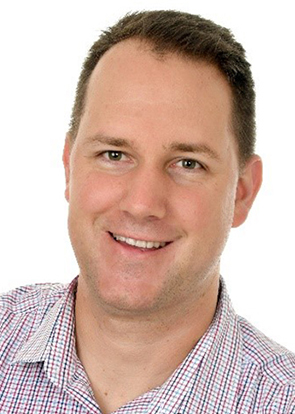 Deon obtained his B.Acc honours degree through the University of the Free State in 2003. He then served his academic articles at the university. He passed his final qualifying exam in 2005 and completed his training contract at Newtons Chartered Accountants (formerly Mazars Bloemfontein) early in 2007.

Deon was contracted as acting assistant manager at the Bloemfontein office of the Auditor General and as financial analyst at Momentum Wealth in Centurion before going overseas late in 2007.

Deon joined Deloitte and was predominantly involved in financial services audits at their Bermuda and Amsterdam offices. In January 2010 he was appointed as manager at Absa Capital in Sandton where he worked in the debt capital markets division and later in the project finance space.

Deon moved to Port Elizabeth in September 2011 where he joined PKF as an audit manager and was appointed as a director in March 2013.

He obtained a master’s degree in Taxation from The Nelson Mandela Bay University in 2016 and was appointed as an accountant member of the Tax Court in March 2017. He also serves on the National Tax Committee.

In his spare time, Deon enjoys watching sport and spending time with his family.